Modere Liquid BioCell is a nutritional supplement that is comprised of a special blend of collagen and hyaluronic acid, as well as other age-defying ingredients.

According to Modere, Liquid BioCell is the “next generation” of Biocell Collagen.  This product’s major purpose is to improve joint health, fight skin aging, and promote healthy hair and nails while also reversing the effects of aging.

What is Liquid Collagen?

Liquid BioCell is a dietary supplement that promotes the health of your joints, hair, skin, and nails.
All of the elements in the collagen are naturally sourced and aid in the anti-aging process.
They aid in the restoration of youthfulness by minimizing fine lines and wrinkles and improving the overall condition of the hair, skin, nails, teeth, and gums.

BioCell Collagen is the main ingredient in Liquid BioCell, and it’s made from hormone- and antibiotic-free dietary chicken sternal cartilage that contains a naturally occurring matrix of collagen type II peptides, chondroitin sulfate, and hyaluronic acid.

The composition of chicken sternal cartilage is relatively similar to that of human cartilage, however it contains more type II collagen, chondroitin sulfate, and hyaluronic acid.  The bulk of available collagen components are made entirely of animal protein (e.g., cow, pig, and marine).  Collagen Peptides, Hydrolyzed Collagen, Collagen Hydrolysate, Collagen Type I & III, or Gelatin are all terms used to describe these materials, which contain more than 90% protein (also a form of hydrolyzed collagen). Liquid BioCell Life has been scientifically proved to minimize wrinkles from the inside out, as well as the enzyme that causes your skin to age. The newest generation of collagen, Liquid BioCell Pure, is fundamentally transforming the way you appear, feel, and age.  All of this is accomplished without the need of sugar, carbohydrates, or calories.

Liquid BioCell Pure helps to eliminate wrinkles from the inside out while also assisting in the reduction of the enzyme that causes your skin to age*.

Whether you want to appear and feel younger or feel younger for a longer period of time, Liquid BioCell Pure can help. It restores beautiful, youthful skin from the inside out by increasing the collagen level of the skin.  Its award-winning, multi-patented Collagen/HA Matrix Technology has been clinically proven to decrease wrinkles, nearly eliminate dryness, and even help lessen the enzyme that causes your skin to age. Liquid BioCell Sport is a multi-patented, award-winning Collagen/HA Matrix Technology supernutrient that has been clinically proven to improve joint flexibility and lubrication, as well as minimize discomfort and maintain healthy cartilage and connective tissue.

Modere Liquid Collagen - Before and After

Actual results from customers who took the daily liquid biocell supplement for 12 weeks. 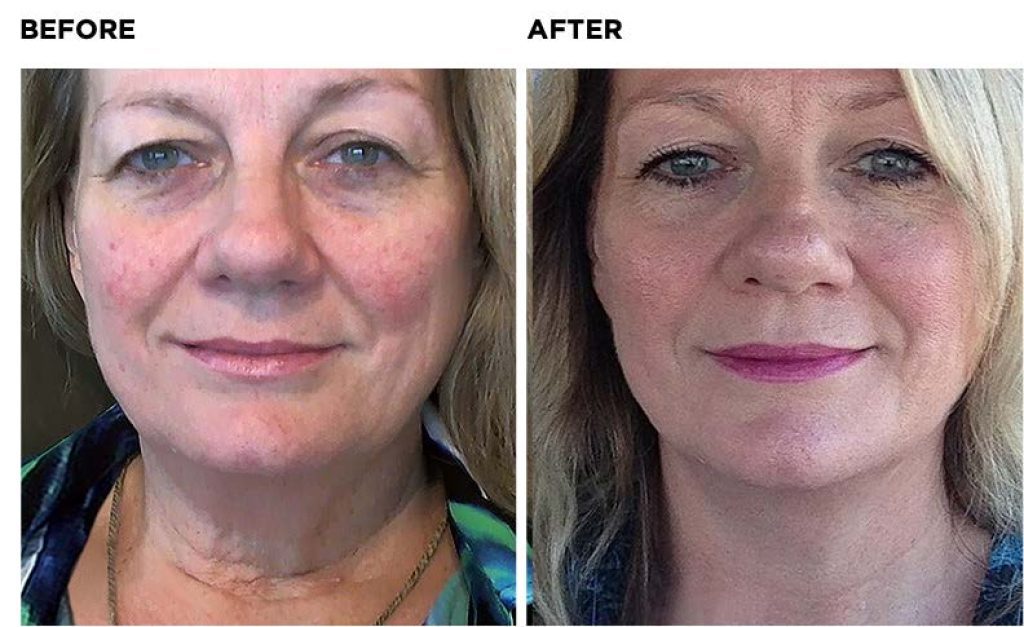 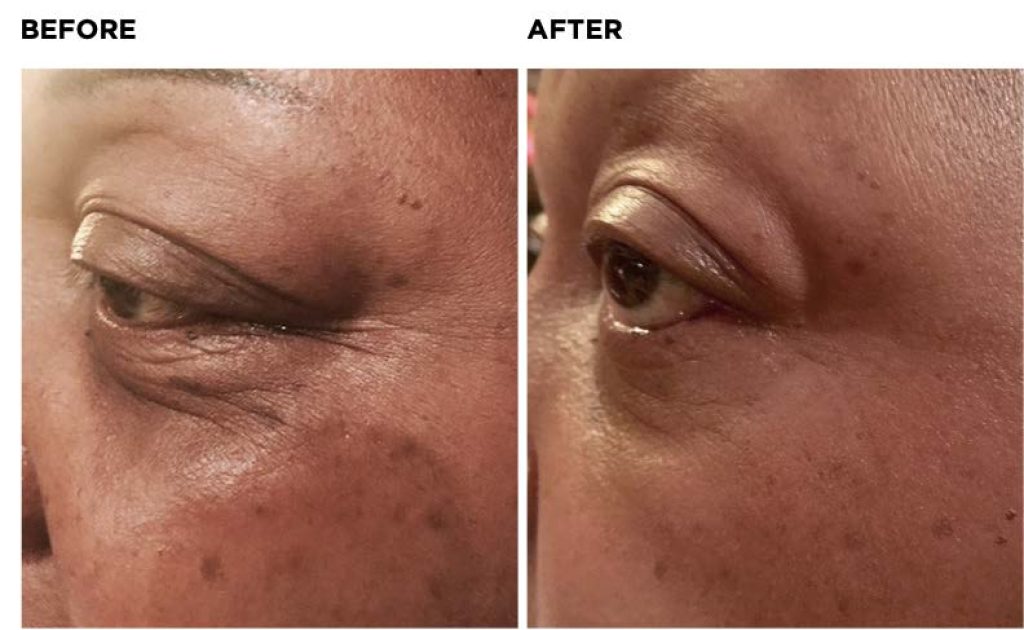 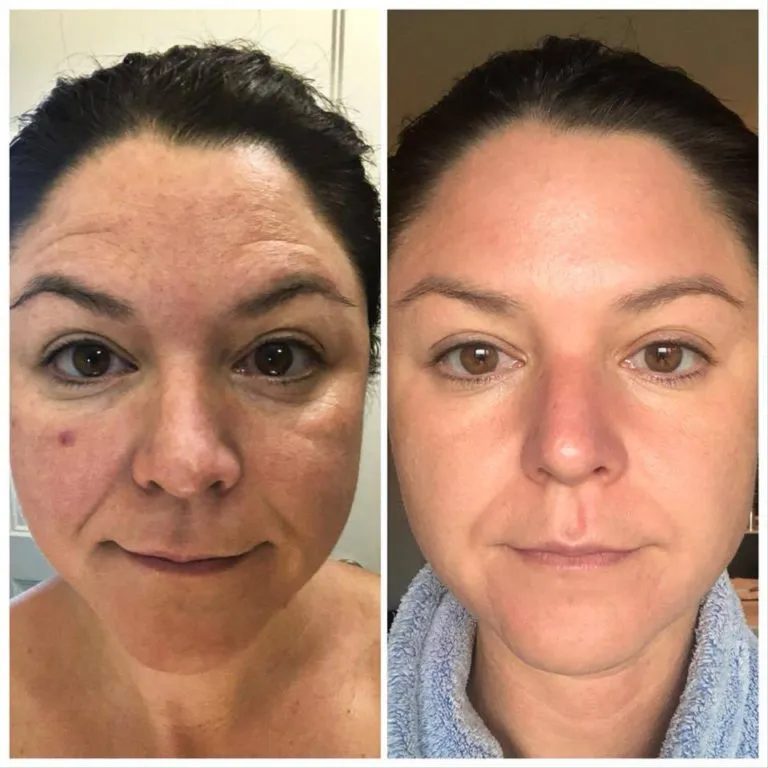 Yes, millions of people have used BioCell Collagen safely and successfully since it was first introduced to the market in 1998.  It was declared GRAS (Generally Recognized as Safe) by an impartial safety panel after thorough scientific examinations of not just safety and toxicity data, but also manufacturing practices in accordance with food GMPs (GMP). What are the Critical Nutritional Elements Found in BioCell Collagen?

Collagen is the most prevalent protein in the dermis of the skin and joint cartilage, according to Biocell.  It gives your connective tissues the structural support they need to maintain your skin robust and resilient, as well as your joints active and fluid.  Chondroitin sulfate is a shock-absorbing component of joint cartilage that occurs naturally.

Hyaluronic acid (HA) is a molecule that moisturizes your skin, lubricates your joints, and forms a gel-like substance that binds your cells together.

1. Provides highly bioavailable building blocks to aid in the regeneration of the dermal matrix.

Collagen, hyaluronic acid (HA), and chondroitin sulfate are all necessary for the skin dermis’s healthy structure and function.

These components’ levels drop as we become older, causing the dermal matrix to disorganize or collapse.

BioCell Collagen supplementation has been proved in clinical experiments to improve skin appearance from the inside out.

Because collagen is interlaced with ground chemicals like hyaluronic acid, the dermal matrix has tensile strength.

Skin can also look younger by increasing the density of dermal fibroblasts, which produce structural components for the dermal network. 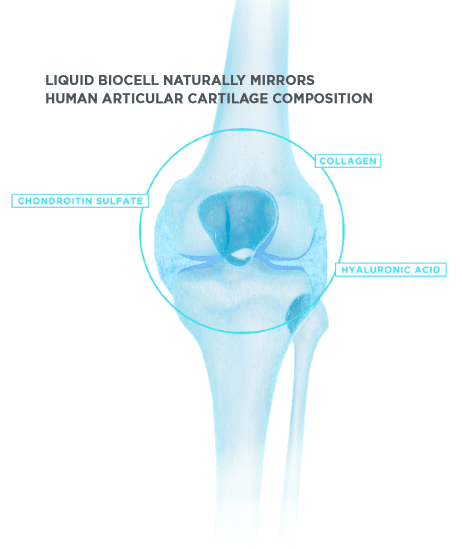 Reconstruction of a matrix

Collagen, hyaluronic acid (HA), and chondroitin sulfate are all necessary for the skin dermis’s healthy structure and function.

These components’ levels drop as we become older, causing the dermal matrix to disorganize or collapse.

BioCell Collagen supplementation has been proved in clinical experiments to improve skin appearance from the inside out.

Because collagen is interlaced with ground chemicals like hyaluronic acid, the dermal matrix has tensile strength.

Skin can also look younger by increasing the density of dermal fibroblasts, which produce structural components for the dermal network.

Keeping an optimal level of HA is vital for healthy skin structure and turgidity since it is necessary for maintaining water in the skin dermis.

BioCell Collagen contains readily accessible HA that can be used to fight the effects of photoaging and natural deterioration.

HA levels in the blood of human volunteers who took a daily dose of BioCell Collagen increased 60-fold over the 28-day trial period.

In response to a number of physiological and pathological stresses, such as aging and inflammation, hyaluronidase degrades HA.

The activity of hyaluronidase has been demonstrated to be inhibited by BioCell Collagen.

As a result, BioCell Collagen can address a critical molecular role in aging-related dryness while also rebuilding the skin dermis’ essential structural components.

In a groundbreaking human skin study conducted in 2011, BioCell Technology demonstrated that daily ingestion of BioCell Collagen for 12 weeks resulted in a significant reduction of facial lines and wrinkles, as well as improved hydration and stimulation of collagen biosynthesis, most likely from dermal fibroblasts.

The majority of study participants said their skin texture had improved, their moisture had increased, and their facial scaling had decreased.

The findings of the study were published in Clinical Interventions in Aging (2012). Investigations into toxicology and safety

BioCell Collagen has a favorable safety record based on in vitro, animal, and human research, as well as the extensive use of BioCell Collagen in dietary supplements since 1998.

BioCell Collagen safety data was examined by an expert panel of toxicology specialists, who decided through scientific procedures that the intended applications of BioCell Collagen as a dietary supplement are Generally Recognized as Safe (GRAS).

In the joint, HA performs two purposes.  It serves as a critical structural molecule in the creation of healthy, functional cartilage, for starters.

Second, HA is an important component of synovial fluid, a lubricant present in our joints that allows for simple mobility.  BioCell Collagen (1500 mg/day) resulted with a 60-fold rise in HA levels at steady state in a 28-day bioavailability study in humans. In an 80-person, randomized, double-blind, placebo-controlled experiment for joint health, BioCell Collagen supplementation was evaluated for acceptability and efficacy.

The subjects were randomly assigned to one of two groups and given either 2 g of BioCell Collagen or a placebo for 70 days.
On days 35 (p = 0.017) and 70, the BioCell group observed a significant reduction in joint discomfort when compared to the placebo group (p 0.001).

Furthermore, on days 35 (p = 0.007) and 70 (p = 0.001), the BioCell group beat the placebo group in terms of physical activity.
BioCell Collagen was well tolerated and effective, improving mobility and quality of life for those who used it.

The work was published in the Journal of Agriculture and Food Chemistry, which was peer-reviewed (Schauss et al., 2012).

These results matched those of a previous sixteen-person double-blind placebo-controlled trial.
BioCell Collagen has been proved to be safe and beneficial in boosting joint and skin health in multiple human clinical investigations. Investigators examined the tolerance and efficacy of BioCell Collagen® supplements in an 80-person, randomized, double-blind, placebo-controlled experiment for joint health.
For 70 days, the subjects were separated into two groups and given either 2 g of BioCell Collagen or a placebo.
On days 35 (p = 0.017) and 70 (p 0.001), the BioCell group had significantly less joint discomfort than the placebo group.
On days 35 (p = 0.007) and 70 (p 0.001), the BioCell group showed a substantial improvement in physical activities compared to the placebo group.
BioCell Collagen was well tolerated and effective, resulting in increased mobility and quality of life.
The work was published in the Journal of Agriculture and Food Chemistry, which was peer-reviewed.(Schauss et al., 2012).

These findings matched those of a previous double-blind placebo-controlled trial including sixteen subjects.
(Kalman and colleagues, 2004).
* When compared to baseline levels, women who took 1000 mg of BioCell Collagen daily had 76% less dryness/scaling and 13.2 percent less fine lines and wrinkles after a 12-week study.
Collagen levels and microcirculation both improved dramatically.  This study’s findings were reported in Clinical Interventions in Aging (Schwartz, Park J, 2012)*.

In one of the most comprehensive trials of a skin health supplement, 1000 mg of BioCell Collagen was proven to diminish common symptoms of skin aging, such as lines and wrinkles, after just 12 weeks of daily use.

A measurable improvement in indicators of aging in women was found in this randomized, double-blind, placebo-controlled clinical research, as demonstrated by greater skin elasticity, a reduction in crow’s feet, and an improvement in the depth and quantity of fine lines and wrinkles.

The entire results of the study were published in Alternative Therapies in Health and Medicine.(Schwartz, Hammon KA, 2019)*.

Liquid BioCell, which has been recognized with seven U.S. and international patents as well as multiple industry accolades, is transforming the multibillion dollar anti-aging sector.

Schauss, A.  “The Effects of Skin Aging Associated with the Use of BioCell Collagen: A Randomized, Double-blind, Placebo-controlled Clinical Trial.”  https://academic.oup.com/cdn/article/3/Supplement_1/nzz031.P06-122-19/5517780